Bev Tie: The Necktie That Holds Your Beer Bottle Or Can

With the Bev Tie, you’ll never be too far from your next bottle of beer. The concept is simple, but genius. There’s a little pocket right in the front of your tie, and you can stick your bottle or can of beer right in there.

You don’t even have to take it out of the pocket to drink it. Just bring it up to your mouth and then when it’s done just let it hang back down. It’s that simple. The material is waterproof, so you can keep your bottle or can cold and your shirt dry.

Wherever you’re enjoying a cold malt beverage, you could be hands free. Just imagine handling some buffalo chicken wings while your ice cold can of beer is waiting by the waist side. You won’t have to babysit a bottle of beer the whole night, and you wouldn’t need to put it somewhere random around people that you don’t know. 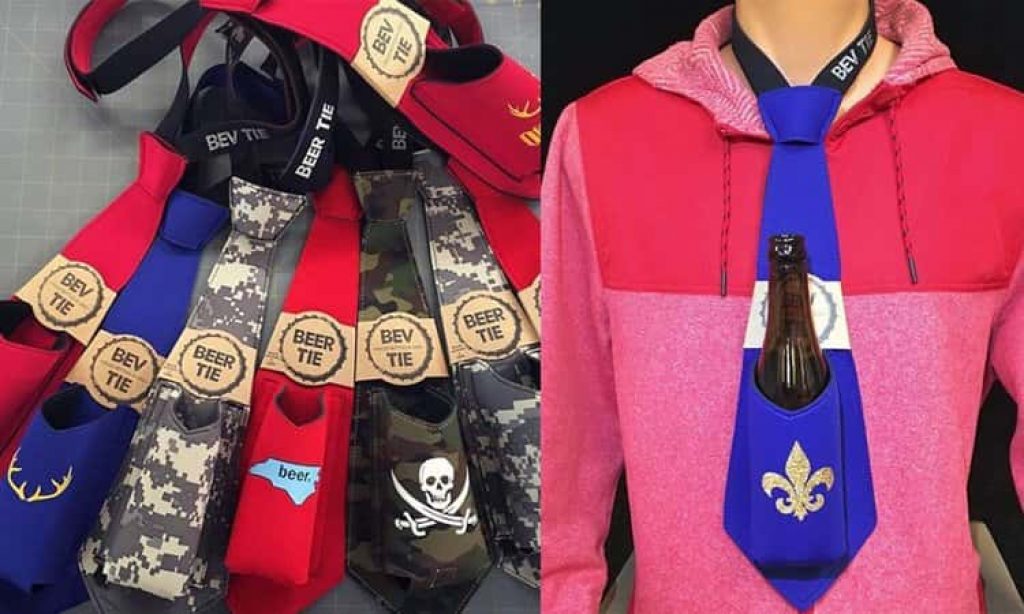 The tie also moves with you. That means no more spills. You’re probably still paying for the last time you spilled a ton of beer on someone’s couch at a party.

Be the coolest guy or gal at the party with the awesome Bev Tie and never have to babysit a drink again. 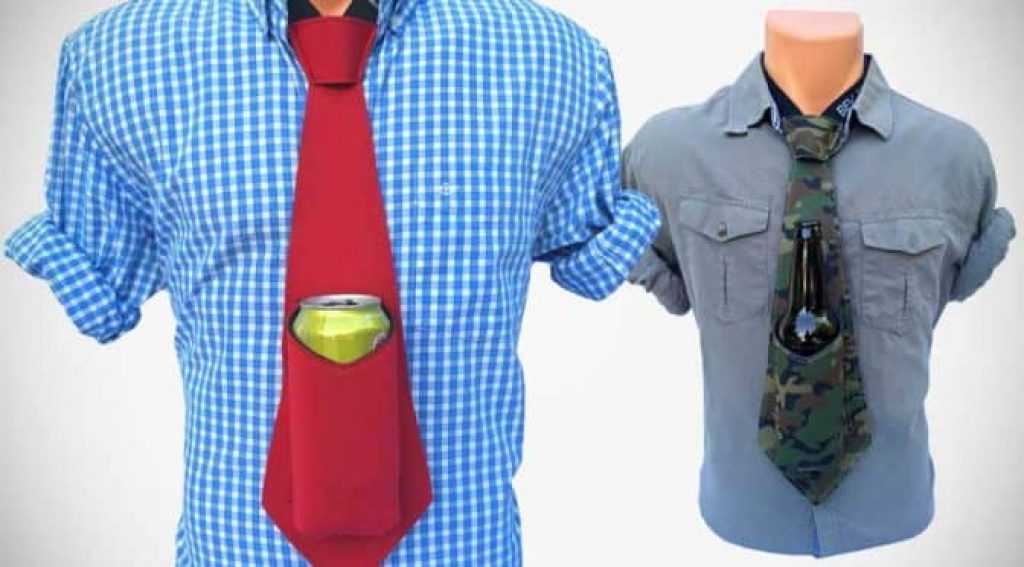 The necktie that holds your beer bottle or can.

ZipStitch: This Device Stitches You Up Without The Need For Stitches

VEZO 360: Protect Your Car with the World’s Best Dash-Cam

The Toddler Target Is A Bulls-Eye Light Potty Trainer

Avoid Spilling Gasoline With the SureCan